From a working mother to Mrs. Delhi NCR, here’s the journey of Neetika Grover 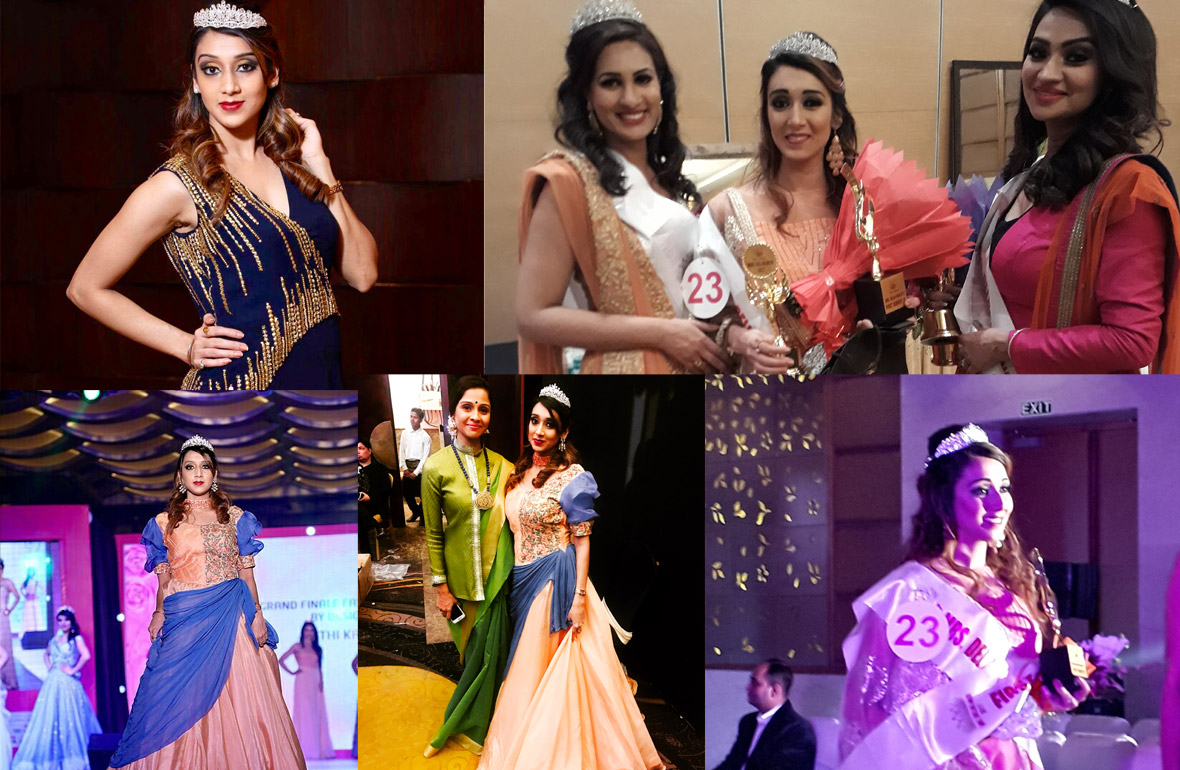 Life always gives you a second chance. And there might be no bigger regret than passing on the opportunity to finally make your dreams come true. Something similar happened with Mrs. Neetika Grover, who couldn’t fulfill her dream of being a model earlier in life, but when she got a chance to live her dream finally, she fought tooth and nail to make it come true. Today we will share How how a working mother Neetika Grover became Mrs. Delhi NCR

SOS: So, Neetika, tell our readers something about your life!

NG: I was born and brought up in New Delhi. I did my schooling from Delhi and later, one year course of Computerized Financial Management. I started my professional life quite early during my graduation days. At the age of 18, I started working with a construction company. It was during this job that I got my MBA in Marketing, which was later accompanied by an IT course.

It was in 2012 when I realized that I was cut out for bigger things. And this realization prompted me to quit my job and start my own business of non-civil construction.

I have been married for more than three years now, and we have blessed with a son around two years ago.

SOS: Great! But in your introduction, nowhere did you mention that you are also a beauty pageant winner. Why?

NG: You caught me right! I didn’t mention anything about that because I like to believe that my life as a student, a professional, a wife and a mother is entirely different from that of a beauty pageant winner, which is why I mention the latter part separately.

So, it was early 2017 that I was the first runner-up for Mrs. Delhi NCR, while also got the title of “Most Beautiful Eyes.”

SOS: Did you always want to take part in fashion shows and walk ramps?

NG: I think every girl has this dream once in her life. That she is dressed up like a princess, and people appreciate her beauty. Even I had this dream since childhood. But my father was strictly against all this showbiz, which is why I never also gave it a try. I have a simple philosophy in my life that while making your dreams come true, You should not hurt anyone. And the person in question here was my father. So, I dropped the idea of being a model. However, after I got married and told my husband about this long-forgotten dream, he told me that he would support me in all ways possible.

SOS: So how did the journey begin then?

NG: I was scrolling on a social networking site when I read about a beauty pageant for married women. I immediately asked my husband if I could give it a try, and he asked me not to think twice and go ahead. That’s how the journey to live my dream started.

SOS: Tell us more about the competition

NG: The pageant was Glamour Gurgaon Mrs. Delhi NCR 2017, and Ms. Barkha Nangia and her team were the organizers. All married ladies from all walks of life could take part in this competition to make their dreams come true and show to the world that marriage can’t and shouldn’t be the end to your goals.

Mrs. Nangia was very supportive, and I should rather say that she was the perfect mentor that I could ask for. Even after the pageant, she has been guiding me about moving ahead in this industry.

SOS: Did your father approve of your participation in the competition, or was he still apprehensive?

NG: I had wanted to keep my participation a secret from everyone in my family, but since the competition required me to stay away from my toddler son, I had to inform my parents. My father was not happy with the idea and tried to convince my husband against it. But he maintained his stand. I am lucky to have such a supportive husband.

SOS: About your mother, was she convinced?

NG: My mother completely supported my decision and took care of my son for the days when I was away. She also got support from my sister and my husband, as well.

SOS: And your in-laws?

NG: My husband informed my in-laws after I won the title, and they were happy, although surprised.

SOS: What all efforts did you do to win the pageant?

NG: I started my efforts from the first day itself, preparing for dance in my auditions, practicing ramp walk, and working on my looks, etc.

SOS: What was the biggest challenge that you faced in this journey?

NG: The biggest challenge was being without my son for three to four days since it was the first time that I was to be away from him for so long. However, he understood his mummy’s dreams and was very cooperative throughout the competition, staying with his naani. I would like to take a moment and thank my mother for being the constant pillar of support; without her, I could not have taken part in this competition, let alone win a title.

SOS: And your husband, what about his contribution?

NG: I don’t mention him separately because, for the world, we might be two bodies, but for ourselves, we are one soul. For any lady to be successful, it’s crucial to have the support of her husband, without which no woman can get the confidence of achieving her dreams.

I was able to focus on the competition only because I had the support of my husband.

SOS: Do you think it’s important for women to achieve their dreams?

NG: Yes, I think that a woman is a root that nurtures a family in every way. But if the root itself is weak from the inside, the whole family suffers.

Every woman should achieve her dreams because only then would we be able to guide our kids and others to follow their dreams too. It’s also important for a woman to follow her passion so that she can maintain her dignity and identity in the male-dominant world.

SOS: How have you started to think about others?

NG: After The crown of Mrs. Delhi NCR 2017, my thoughts changed about social work. I now donate things to needy people. I visit andh kanya ashram, and all this not for fame, but to earn good karma.

SOS: It was amazing talking to you, Neetika. Thanks for the interaction.

NG: Thank you so much!

« Previous post
You can bind my body on the wheelchair, but not my dreams, says Geet!
Next post »
After Father’s Demise, I will never be the same again…