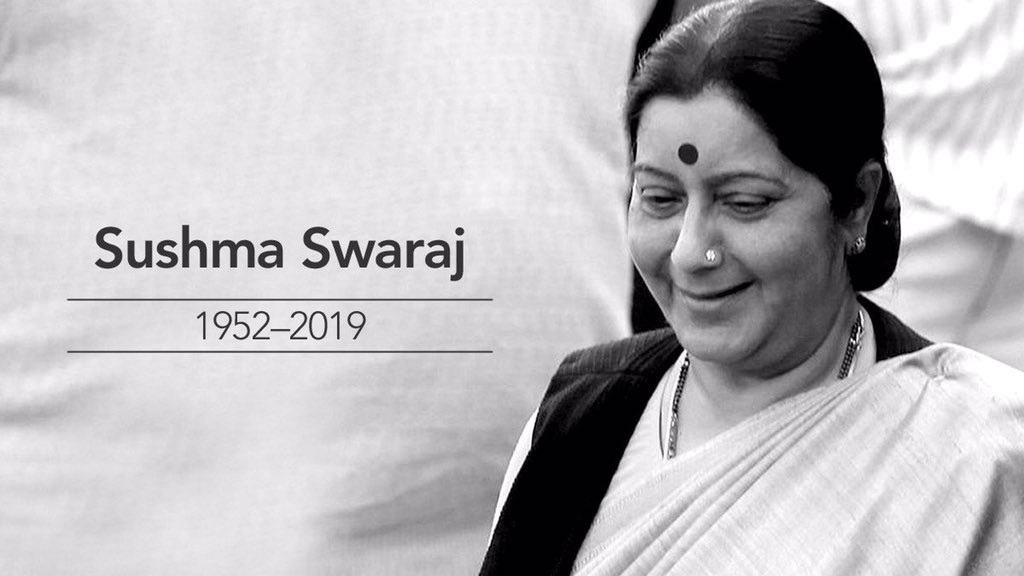 Sushma Swaraj, a Supreme Court Lawyer, a senior leader of Bhartiya Janta Party, who also served as the Minister of External Affairs in the first Narendra Modi government. She became a Member of Parliament for seven times and Member of Legislative Assembly for three times. She also became the youngest cabinet minister of Haryana and also became the first woman chief minister of Delhi but for a short period.

Born on 14 February 1952 at Ambala Cant, Haryana to Hardev Sharma and Shrimati Devi. Her father was an RSS member. Sushma Swaraj did her schooling from Sanatan Dharma college in Ambala Cantonment and gained a bachelor’s degree in Sanskrit and Political Sciences. After that, she pursued Law at Punjab University, Chandigarh. In 1973, she also started practicing as an advocate in the Supreme Court of India. After Emergency, she joined the Bhartiya Janta Party, and later, she became one of the national leaders of the same.

On 13 July 1975, in mid of crucial times of emergency, Sushma Swaraj married her fellow advocate, Swaraj Kaushal. They both got together at the times of Emergency. After that, he teamed up for the defense of socialist leader George Fernades. He was also a member of parliament from 1998 to 2004. The couple has a daughter who is a graduate of Oxford University itself. 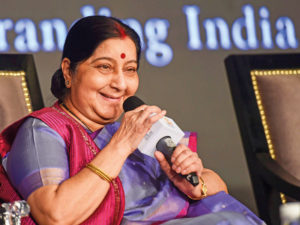 Sushma Swaraj suffered from a heart attack on 6 August 2019. She was rushed to AIIMS, Delhi. Later, she died from cardiac arrest. She was cremated with full state honors at Lodhi Crematorium, Delhi. Known for her warm interactions, she will always be living in the hearts of her friends and family. She was the only person who was even loved by the opposition party leaders.