When We Are Together We Only Fight 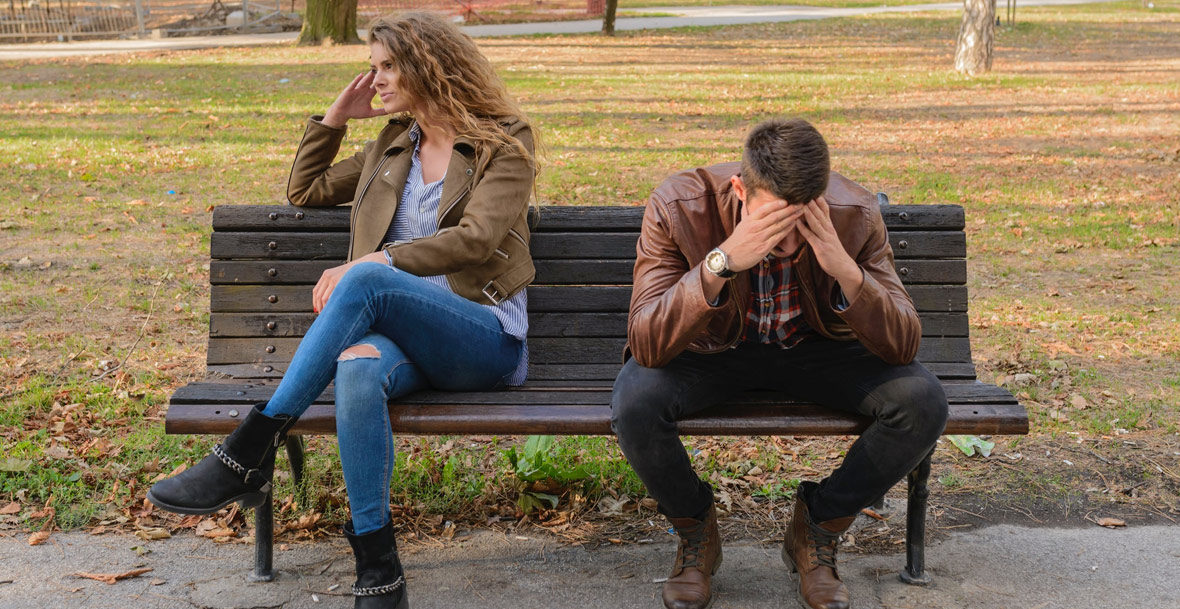 Life is often a roller coaster ride. We have all been in that situation where we want to talk to our partner and share our feelings with them, but end up getting into serious arguments. This tendency of even the most general discussions flaring up into a case can lead to a perception in both the partners’ minds that ‘whenever we are together, we only fight.’ That’s the irony of it, and most people fail to acknowledge the fact that you can only fight when you both are together. No one can fight alone! Because then the value of each other is missing. So, the key is to remember that occasional fights are acceptable, even healthy, to a certain extent. But you should not let the baggage of preconceived notions from your past experiences affect your judgment.

When couples fight more, love more, which is valid to some extent. When people share a strong emotional connect, they expect more out of with each other. But this also has a flip side, as this emotional connection can lead to partners dominating each other’s thoughts and their way of working. This domination can also be their way of protecting their loved ones. People dwell in the misconception that by dominating their partners, they can control their actions so that they remain safe and not face the world alone. However, this couldn’t be farther from the truth.

While trying to impose their point of view on their partners, people often forget one simple fact. Everyone in this world is unique, and no two persons are the same. So they will have a different way of thinking, different responses, and reactions to different situations. In the process, the person at the receiving end of such dominance begins to feel suffocated and loses the confidence to face the world to the extent that they develop a tendency to guess their every own decision second all the time and may even slip into depression. These growing disagreements lead to fights, which become more a matter of prestige or ego than a rational approach toward ironing out differences.

Once the monster of ego rears its head, things worsen further. We tend to develop this notion that this person is not willing to listen to us and tend to generalize everything thereon.

By this time, the actual issue that led to a fight is not relevant anymore. It is now the question of satisfying one’s ego by having the last word, landing the final blow. Do you realize that a simple disagreement has now turned into a blame game focused on finding faults from one another’s past? Where is the topic for discussion now? 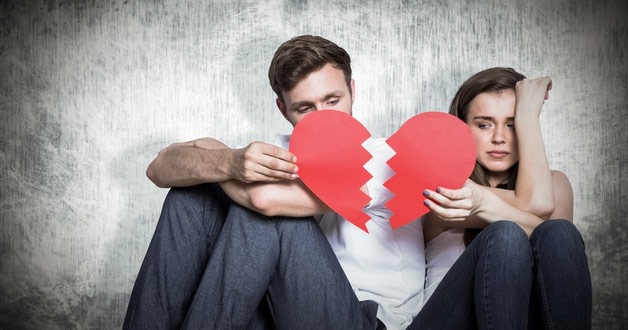 Coming back to that nagging feeling – ‘When we are together we always fight’ – it is essential to take note of the fact is that most of these fights are related to irrelevant topics. When we object, we raise it toward the individual, based on our past experiences, and not really against a particular decision or opinion of theirs. It is, therefore, imperative to take stock of the situation before objecting. Sometimes, it is best to remain silent and not react. It gives the other person the window to reflect on their actions. And when the person is in the right frame of mind, one will apologize as soon as one realizes their mistake.

In some cases, problems can be incidental too. For example, if you call your partner but cannot reach them because there is no network on the phone or your partner is attending another call. In all likelihood, you’d shower them with a volley of questions as soon as you hear from them. In such a situation, your partner may feel explaining themselves again and again for no fault of theirs. It may lead to a fight, with both of you hanging up without actually conversing. These may be small instances, but they add to the existing baggage of misconceptions. In the end, it all boils down to past grudges leading to a complete disconnect between hearts.

Now, if the couple decides to sit down and discuss their problems, the negative person tends to make assumptions in their mind about their partner’s intentions and behavior. A potentially healthy discussion gets derailed in the process, and the couple discusses all the irrelevant topics. In such a situation, a person cannot understand their partner’s thought process, even if they want to. It results in the same old cribbing and complaining about past issues and problems instead of focusing on the present issue at hand, which may, in turn, cause emotional outbursts to spiral out of hand and lead to differences between the two widenings further. Our inability to let go off the past interferes with our ability to visualize the future of the relationship.

There are times when we love our partner so passionately that we become obsessive about them. We don’t realize when we have started dominating them to the extent that we make them obey our every wish and never bother to ask for their preferences/opinions. As long as our partner agrees with our decision, we are happy. If they don’t, we try to suppress them by using harsh and harmful words. Such an approach can inflict irreversible damage on our partner’s psyche. Yes, we may feel guilty after a fight, but that remorse is of little use as our harsh words have already pierced through someone’s heart. Anger, frustration, and impatience that gain prominence in a fight and not love. Regular conflicts may lead to poor temperament, agitation, failure, high-stress levels, incompetence, and finally, depression. The oppressed partner may start considering that their life is not worth living.

If you want a solution to your problems, show a little patience and tender love toward your partner. A tight hug can resolve all the disagreements between two individuals. Through this expression of love, you can reach a mutual consensus. We all know these simple tricks, but the bigger question is: how many of us follow it?

We generally meet people and realize that our thoughts don’t match. It is because we don’t try to understand their situation and have not tried to step in their shoes. It is after we have fought with our partners that we realize that the fight was not required. We wonder how a discussion transformed into an argument. It brings us back to our basic premise of love versus ego. Such unreasonable fights and differences take shape only when the two people in a relationship start expecting too much from each other. And when their egos become more significant than their love for one another.

If this pattern continues unchecked, finally, the couple decides to stop sharing their lives to avoid fights. This process ultimately leads to separation.

If you have to choose between the two, pick fights over your decision to stop sharing. The act of fighting keeps the flow of communication alive; it is indicative of the fact that both partners still expect something from each other. The decision to stop sharing one’s life with their partner, on the other hand, puts an end to all channels of communication. It is the beginning of the end of a relationship.

Fighting is not dangerous as long as both partners have an equal say in the argument. But the tendency to fight just for the sake of proving one’s supremacy and domination is extremely dangerous. These issues need to be addressed and sorted out as early as possible.

“It is easy to get into a relationship; it is difficult to maintain it. However, it is backbreaking to sustain it.”

Thus, when we are together, we should not only fight but always fight for each other and love endlessly.

She is a courageous lady who stood against the injustice meted out to her by her in-laws, never allowing the odds to turn into setbacks. Today, she independently takes care of her parents and her son, touching new professional heights at the same time.

« Previous post
Breaking Stereotypes: Woman Entrepreneur in Real Estate
Next post »
How Simran changed the life of Aaditya through dance who has Down Syndrome