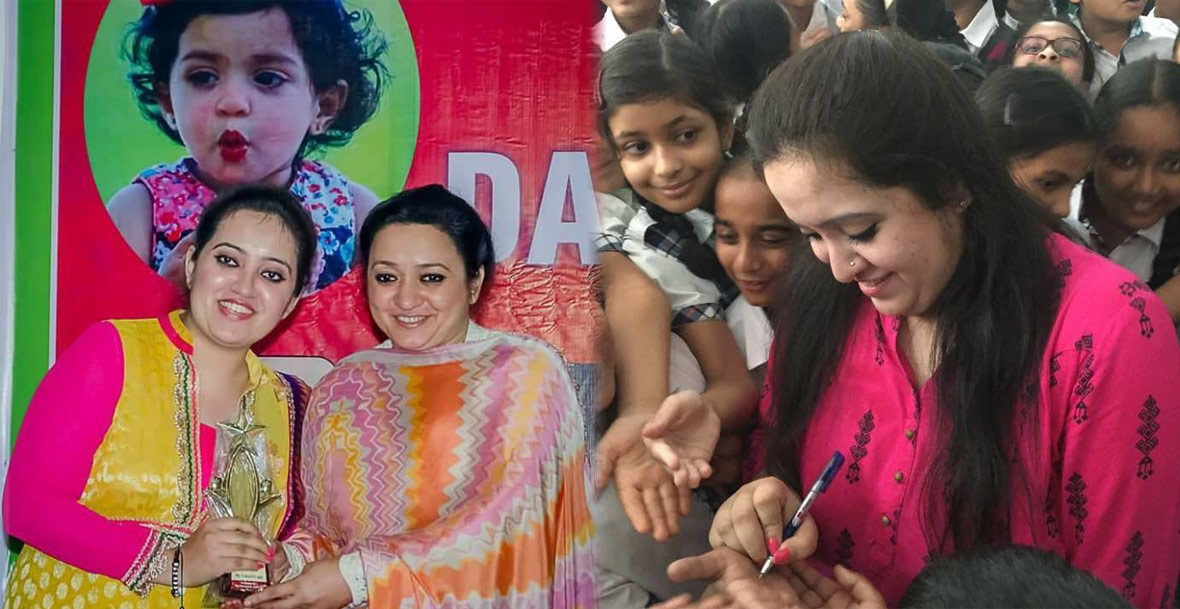 Sumit Gogia is a lady of strength and courage. For us, passing through the day is a cakewalk, but there are people out there who follow the golden rule of ‘living one day at a time.’ That’s the beauty of positive thinking, no matter how difficult it gets, they always have the ‘never die’ attitude, which pushes them forward. 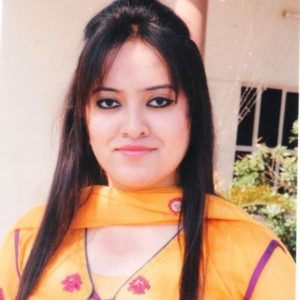 This beautiful girl, born and brought up in Ludhiana, Punjab, was about to take that first step towards her dream of becoming a doctor when all of the sudden she suffered a paralytic attack and was immediately rushed to the hospital, it was the time just a month before her 10th board examination.

After a series of medical examinations, doctors diagnosed her with Multiple Sclerosis disease, an autoimmune illness that knocked her doors as adversity. Life came at a halt for her and her parents. Things happened so fast that nobody was able to accept how one attack has changed the course of the entire family just in a day.

Firstly, let’s understand what is Multiple Sclerosis, or MS is a chronic neurological disorder that affects the central nervous system. The immune system attacks the myelin sheath, which surrounds and protects the nerve fibers, causing inflammation; thus, disrupting the communication between the spinal cord and body organs. All in all, the body loses control over its parts, and a person is not able to have reasonable control while, to talk, walking, doing daily tasks becomes a challenge.

Her fight with Disease

After the first attack, the treatment when well, and she recovered and was back on track once again. However, still, after six months, there was a relapse. Not only this, she was faced with the near-death experience and that too twice in a year. And she had to suffer from such a critical condition for the next four years. Every time her parents immediately rushed her to the hospital for the treatment. The treatment includes steroids, and those were life-consuming. The attack now left her paralyzed for six long years. It was a tough ride for not only Sumit but also for her family, but they all gathered strength, although her life had changed overnight.

She took it as a challenge, while others considered it a tragic turn. She left no stone unturned to overcome this hurdle. Her family’s constant support, a firm belief, and unconditional love was everything she needed at the time. Recalling a hard time, she says, “I couldn’t even do the most basic things and was dependent on others for my day-to-day functions.” 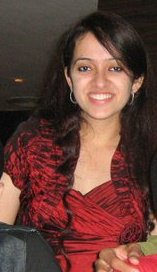 Ever since, from a younger age, Sumit had wanted to become a doctor; however, due to her illness, she had to stop midway en route her dream. Nevertheless, she went ahead with commerce and graduated with a glimmering degree in Bachelor of Commerce.

It was all the more challenging when, during her final year, the doctors decided to test the effectiveness of the new line of treatment. As part of the therapy, Sumit was put on a heavy dose of preventive injections. These injections had side effects, which meant more needles to balance their impact and insurmountable pain. For her lying on the hospital bed is so like a death encountering experience. As she wakes up after the attack, it was common for her to hear that “Even 5 minutes of delay while bringing you to the hospital, you would have been dead…”

Amidst all the dread, Sumit Gogia made sure that she never missed college. In the final year, she recalls that whenever doctors gave her an Injection, it was a near-death experience for her. Having been through such horrors seven times in the alone year, Sumit and her parents decided to put it all to a full stop. Later that year, she appeared in the final examinations in which her brother assisted her as the writer. Being the topper in school, she had thought that she’d barely make it, but it was happy and indeed a surprising moment for her when she came to know that she had cleared the examination with a whopping 92% score! She was over the moon.

Even after being declared handicapped by the doctors, she started her higher studies with the continuously shaking body. She joined the MBA, but an unfortunate incident compelled her to discontinue her studies after three semesters. It was then she decided to follow her heart. She started exploring her childhood sweethearts, ART, and POETRY. Confessing her love for the written word, she says that she had composed her first poem in Grade 3 and ever since her father has been keeping all the lyrics written by her. Her first book, ‘Khwaish: A Wish’, is an anthology of 23 poems, each with a beautiful adjoining illustration. Sumit is now the proud author of two books, the second one titled ‘The Unwinded Hope”. 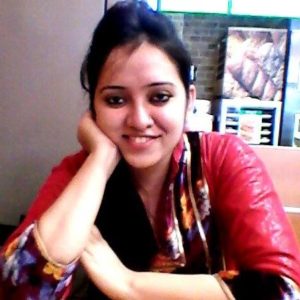 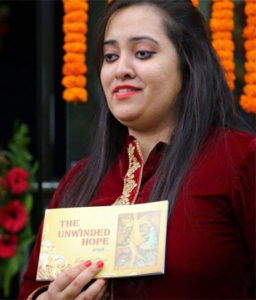 As Gogia started moving out for her work with confidence, she has been taken advantage of her body and external beauty. Males molested her as she gained recognition, and despite all the odds, she is determined never to let herself down.

Sumit believes that the familial environment of the child plays a crucial role in his/her upbringing. Reminiscing her good old days, she says that she will never be able to pay the debt of her mother and father, who were firmly by her side throughout. Had it not been for them, she says, she’d have never been able to “come face-to-face with this issue.” Sumit’s parents taught her to fight the adversity right in the face. For them, it was all about walking with the hardships, not away from them. Everyone, including her grandparents, uncle, and aunt, encourages her to do all the things she aspired to do.

Sumit believes that to overcome any hurdle, one must take charge and come to terms with reality. If there’s an issue, one must remain rooted and look for a solution.

Sumit aspires to study at her dream destination, Ashoka University in New Delhi. She has those beautiful eyes which never stop dreaming; she has proved that if one door closes, another opens. Sumit is now a motivational speaker, who sows seeds of positivity and inspire a lot of people all around her, with her ever-smiling face and pure soul.

Kavya Mukhija is a student of Psychology, a writer, a calligraphy artist, and a creative content creator. She loves traveling and exploring new places. Always dressed with a smile, she considers spreading happiness a good deed. Last and the least, she is a woman with a disability who believes that the disability is not disheartening. It is the negative perception of ‘disability,’ which is more discouraging.

« Previous post
Some Lessons from Life experiences and NOT from the School
Next post »
Deepti’s story of a mom, traveler, entrepreneur, and an inspiration 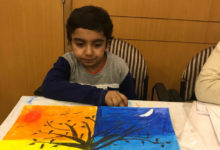 This is the story of 7 year old courageous Atharva